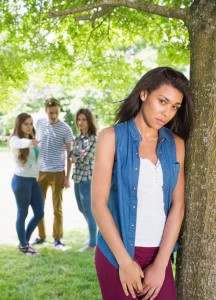 We all grew up hearing the “Just Say No” campaigns attempting to steer us away from entering the world of illicit drug use. Information shared in 2013 by the Huffington Post shows federal spending to combat drugs in America has reached over $1 trillion. However, the same report also shows that the number of people incarcerated for drug-related offenses has grown from 40,000 to 500,000 in just over the last 30 years.

Why hasn’t an increased emphasis on deterring people from drug use seemed to be working? Could it be something as simple as our desires to conform outweighing our resolve to avoid illicit substances?

The Prevalence of Peer Pressure

The connection between peer pressure and drug has been well established for years. Yet many may not understand just how heavily we’re each influenced by the opinions and expectations of others. Information compiled by the Survelum Public Data Bank offers a glimpse at just how prevalent peer pressure is:

Are We Naturally Predisposed to Conform?

Why, despite knowing the potential consequences of drug and substance abuse, do so many of us still seem so willing to try it simply to conform? Recent research suggests that it could be because that’s the way that we’re wired. A 2011 collaborative study reported in the Proceedings of the National Academy of Sciences shows that researchers observed the brain being able to encode social signals like beating others in a lottery differently than when subjects won on their own. These signals seemed to contribute to subjects being more willing to take risks to win against others in subsequent scenarios. This seems to imply that our brains produce a greater response to actions taken in front of others than to those we do on our own.

Recognizing that our own bodies’ chemical makeup could make us more prone to conform to peer pressure may just be the key to helping deal with it successfully. So too is understanding the need for clinical intervention if substance abuse has taken hold in your life.

Waismann Rapid Detox Center specializes in the rapid detox of opiates. In addition to treating the opiate dependency, we can also help address the underlying causes of addiction. Call and speak with an expert today: 1-800-423-2482